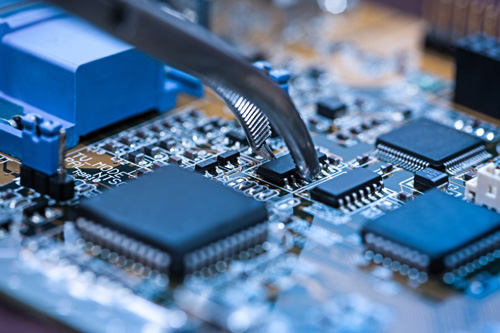 The existence of gadolinium was first noted by the Swiss chemist Jean Charles Galissard de Marignac in 1880 in the mineral samarskite. The element was eventually named after Johan Gadolin, a Finnish chemist, whose name was also given to another rare earth mineral, gadolinite. Today, gadolinium is primarily obtained from ion adsorption clays in China and less so from the minerals xenotime, monazite and bastnaesite.

Gadolinium is a silvery white, malleable and ductile metal with a metallic lustre. Unlike other rare earth elements, gadolinium metal is relatively stable in dry air. It does however tarnish quickly in moist air, forming a loosely-adhering oxide which flakes off, and exposes the underlying surface to further oxidation. It is weakly magnetic, or paramagnetic, at room temperature, but becomes strongly magnetic or ferromagnetic below room temperatures. Gadolinium, particularly in alloy form, demonstrates a magneto caloric effect whereby its temperature increases when it enters a magnetic field and decreases when it leaves the magnetic field.