When it comes to consumer electronics, the CES is the most influential spot for the latest tech. The Consumer Electronics Show 2017, which ran January 5 through 8 in Las Vegas, debuted and displayed some of the latest innovations from more than 3,800 tech exhibitors. The show’s expansive display area (covering approximately 43 football fields) clearly illustrated that “our world is getting altogether smarter, brighter, more virtual, more connected, and entirely robotic.” An estimated 165,000 attendees came in from around the world.

This year’s big themes at CES 2017 where artificial intelligence, driverless cars, wearable tech, the Cloud and the Internet of Things (IofT); IofT is the term used to capture the internetworking of physical devices, vehicles (also referred to as ‘connected devices’ and ‘smart devices’), buildings and other items—embedded with electronics, software, sensors, actuators and network connectivity that enable these objects to collect and exchange data.

Often times, what is more impressive than the shiny new products are what is behind the scenes. As some commentators have noted: “What we can’t see is every bit as important as what we can. It’s good not to forget the invisible infrastructure that allows us to appreciate these devices.”

For example, most wireless electronic devices look the way they do because of their batteries. Batteries are bulky and rigid components and when product developers design a new device, the battery is often the limiting factor in determining size, shape, and flexibility…. at least until now (and coming soon). 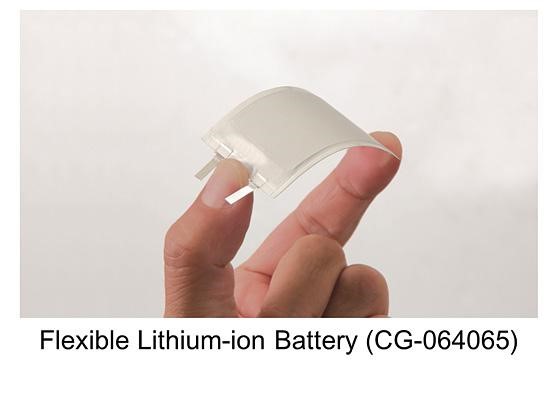 At this year’s CES, Panasonic introduced a new type of lithium ion battery that is essentially a razor thin silver wafer that can be twisted or bent 1,000 times and still maintain 80% of its capacity. The company presented three versions of the new battery, each being slightly smaller than a credit card and bendy enough to wrap around a soda can’s contour. This bendable battery, which is just 45 millimetres thick, is relatively low capacity. The largest version, known as CG-6064065 has a maximum capacity of 60 milliampere hours (mAh) and the smallest comes in at 17.5 mAh. For comparison, the largest smartphone batteries boast around 3500 mAh.

The new battery seems best suited for wearables, card-like devices and loT applications. Panasonic claims that in the future it may be possible to scale up its design to create a flexible smartphone or tablet, however for now the company is strategically focused on wearables and IoT devices and their low energy needs.

While under development since 2008, Panasonic just started publicizing the battery in the latter part of 2016, and will be ready for mass production sometime between April 2018 and March 2019.

In order to further reduce volume, the Panasonic battery must be recharged wirelessly. One of the challenges is that most wireless chargers on the market today deliver too much power that would overwhelm the capacity of the tiny device, which can handle a maximum charging current of just 60 mAh. As such, Panasonic has built its own wireless charging stations, which it will sell along with the battery to customers; claiming a single charge may last for about four weeks if the battery is used for a relatively simple application, such as counting steps in a fitness monitor. 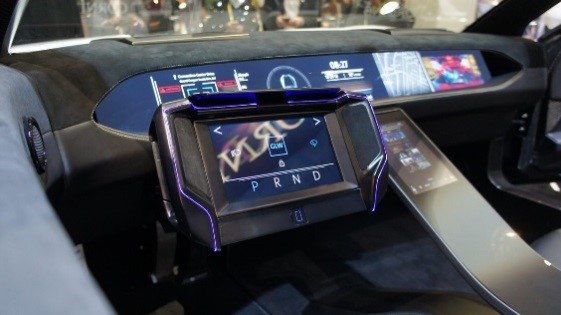 The glass and ceramic materials sector is also contributing to making many of today’s technologies possible, even though the materials’ role in these products is often overlooked. For instance, glass giant Corning was at the show debuting its concept for a glass-enabled, connected car. Although we already knew that gorilla glass is utilized in windshields, Corning has much bigger ideas for how tomorrow’s vehicles will use glass—including integration into sunroofs, lights, connected dashboards and windshield-embedded displays.

One of the other big buzzes at CES 2017 were all-new TVs, including LG’s incredibly thin W7 OLED TV—just 0.15-inch-thick (about the thickness of a house key) and Sony’s OLED TV, which uses its glass front to double as a built-in speaker, vibrating for audio. Although they’re not yet completely invisible, today’s TVs are using the latest materials to change the way we think about this familiar piece of tech.