Research being undertaken at New York-based Rensselaer Polytechnic Institute and Cornell University sees the advent of innovative lithium electrodes coated with indium: electrodes that could offer “the basis for more powerful, longer-lasting, rechargeable batteries.” As reported by Niel Tyler on newelectronics.co.uk, “the coating hinders undesirable side-reactions between the electrode and electrolyte, providing a good diffusion of lithium ions along the interfacial layer and a more uniform deposition of lithium when charging, and augments storage in the lithium anode via alloying reactions between lithium and indium.”

Modern lithium ion batteries generally utilize graphite anodes that store lithium when the batteries are charged. These batteries can incorporate metallic anodes, such as lithium metal, as an alternative. While promising significantly higher storage capacity, these batteries have faced significant hurdles to their broader adoption. One such challenge relates to the uneven deposition of the metal during the charging process, which leads to formation of dendrites. A ‘dendtrite’ is a crystal or crystalline mass with a branching, treelike structure which can grow so extensive with use that can short-circuit the battery. There are also undesirable side-reactions between the reactive metal electrodes and the electrolyte, reducing the lifetime of the batteries.

It has been difficult to form stable, passivating layers that prevent short circuits, in light of the constant expansion and contraction of the electrode upon charging and discharging (which destroys the layer and exposes the metal to the electrolyte for more reactions).

Current potential solutions attempt to address this weakness by applying artificial films or physical barriers. The Rensselaer and Cornell teams, however, have come up with very different approach - using straightforward electrolysis ion-exchange chemistry, they have produced indium coatings on lithium by immersion in a special indium salt solution. 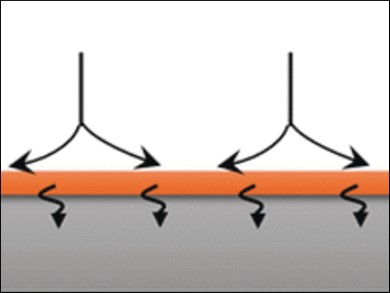 These new indium-lithium hybrid electrodes were stable over more than 250 cycles, retaining about 90% of their capacity in tests in complete cells with commercial cathodes.

For those of you are not familiar with indium (symbol ‘In,’ atomic number 49, discovered in 1863), it is a post-transition metal that makes up 0.21 parts per million of the Earth's crust. Indium is produced exclusively as a by-product during the processing of the ores of other metals. China is a leading producer of indium (290 tonnes in 2016), followed by South Korea (195 t), Japan (70 t) and Canada (65 t). Indium is used to make low melting alloys and bearing alloys. It is also used in germanium transistors, rectifiers, thermistors and photoconductors. Indium’s unique properties allow it to be evaporated onto glass to form a mirror or plated onto metal. Indium tin oxide is used to make transparent conductors. A fluid alloy of gallium and indium shows promise as ‘self-healing’ wire. If you have about three and a half minutes, the following link speaks this unique advanced material -- http://www.indium.com/blog/history-and-applications-of-indium-metal.php