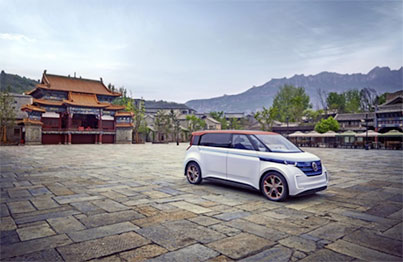 In 2016, the National People’s Congress in China ratified its 13th Five Year Plan, which has been called the “most environmentally focused to date.” These plans set out economic and social goals and directives and are generally vigorously pursued. As China has 20% of the world’s population, these goals and their pursuit can have wide-ranging effects globally. Two targets in particular caught my attention: (a) an 18% reduction in the carbon emission per unit of GDP, and (b) an increase in non-fossil fuel as a percentage of primary consumption from 12% to 15%. These numbers are huge, especially in light of the continued growth of China’s GDP and electricity production.

One of the largest carbon emitting activities is personal transportation. With the sheer number of vehicles in Beijing and Shanghai and their anticipated continued growth, Beijing has introduced quotas on the number of license plates issued, while in Shanghai license plates are auctioned off. The issue of numerous vehicles is not just the carbon emissions, but just fitting all those cars on the road! Aside from putting down more asphalt, and building new ring roads to move people around, I’m not sure how to fit more vehicles in the same space. A little further in the future, autonomous vehicles will use the most efficient routes, and spread traffic to maintain a steady flow. Until that future arrives however, the world does have a solution to lower the emissions that come from all those cars …electrics or hybrid vehicles!

The policymakers in Beijing, Shanghai and other Chinese cities are way ahead of my thought process. They have already instituted a system whereby ‘green license plates’ are almost semi-automatically granted to the owner of an electric or hybrid vehicle. As car ownership has always been seen as a sign of middle class success, and as China continues to grow its middle class, we can expect more cars on the road - more of which will be “green” due to these policy incentives.

This trend has not gone unnoticed by the likes of Volkswagen and Anhui Jianghuai Automobile Group (JAC). These two companies specifically will start to produce electric vehicles in China in the first half of 2018, with sales starting in the latter half of the year. The eventual goal is to produce 40 vehicles for the market, 15 on an existing internal-combustion platform that will be converted to hybrid or electric vehicles, with the rest of the new models being based on all-new platforms.

Volkswagen and JAC aren’t the only ones targeting the electric car market in China. Ford and their partner Anhui Zotye Automobile Co. recently announced plans to spend 5 billion Yuan to produce and sell small electric vehicles in China. All of these new vehicles on the roads, especially of the hybrid and electric types discussed, will be dependent upon the latest technologies and materials to meet the expectations of consumers and vehicle licensers. This includes neodymium and dysprosium motors, lithium-ion batteries and improved sensing and computing capacity. Even an increase in gasoline consumption from an increase in hybrid use will require an increased use of lanthanum as a catalyst in in oil refineries. As China prospers, so does the opportunity for those who can assist in the execution of their plans by supplying the critical cleantech materials required!