The world's first all-electric racing series has taken yet another step into the future. A next generation Formula E car has been unveiled for its competitive debut in the 2018-19 Formula E Championship. 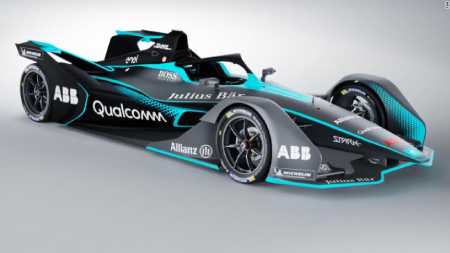 The new design has caused quite a stir, with many comparing the second generation racer to the Batmobile: “Kapow!! Straight outta Gotham," posted the official Formula E account, with a knowing nod to the fictional home of the DC Comics’ character.

In addition to its ultramodern design, the second generation racer offers almost twice as much energy storage capacity and double the range. Drivers will no longer have make a mid-race car swap, as they have since the sport first took to race tracks in 2014.

The FIA (Fédération Internationale de l'Automobile), governing body for world motor sport, brought together leading designers and engineers from around the world to work on the concept, including Williams Advanced Engineering specialists.

Founded in 1904 with headquarters in Paris, the FIA is a non-profit association that brings together 245 national motoring and sporting organizations from 143 countries on five continents. This is the first time FIA has directly overseen the creation of a car for competition.

Full technical specifications were revealed on March 6, at the 2018 Geneva Motor Show, alongside the car itself. The new design has introduced an updated version of its 28 kW lithium ion battery, which powers all 40 cars used during the races. While visually almost identical to its predecessor, the revised battery unit takes advantage of the lessons that have been learned over the first two seasons of Formula E and the advances in battery technology across the board.

As with all complex automotive systems, a number of other changes have been incorporated:

The knowledge gained through the races and testing programmes has given Williams Advanced Engineering technicians an enormous amount of data and experience in dealing with a situation that was previously unprecedented. While electric cars have been available for over 100 years, never before have they been subjected to the white-hot competitive environment of a single-seater racing series such as Formula E.

These and other advancing technologies will ultimately translate into longer range vehicles for us regular folk. Up until now, Tesla has essentially only had one pure-EV direct competitor: General Motor’s US-built Chevrolet Bolt EV. It seems that the industry’s icon, the Tesla Model 3, has now invited much more competition. Long-range EVs arriving in North American dealerships between the summer of 2018 and early 2019 include:

It shouldn’t surprize anyone that the competitive landscape will widen even further post January 2019. According to a Reuters’ analysis, over $90 billion in investments have now been pledged for the development of electric vehicles and associated battery tech by the world’s top auto manufacturers. Reuters notes that “Investments in electrified vehicles announced to date include at least $19 billion by automakers in the United States, $21 billion in China and $52 billion in Germany.”

Considering that currently the plug-in electric vehicle sector represents under 1% of the total global auto market, the investments are pretty interesting - they make it clear that the expectation of most major auto manufacturers is that EV growth over the next decade or so will be rapid.

The solutions being introduced into Formula EVs can only help inform how road car EV technology will develop. As noted by Williams Advanced Engineering specialists, “the ability to cool the battery and do all of that in a lightweight way is the key. The biggest challenge we’ve got is weight. Because by the time you’ve taken away your engine and conventional gearbox, drivetrain, fuel system, fuel tank and exhaust, the weight of all that is usually lighter than what you want to put back in terms of a battery pack. The real challenge is having parity of weight while having a decent range.”