A NASA spacecraft was launched this summer on an unprecedented quest… to get closer to the sun than anything ever sent before. 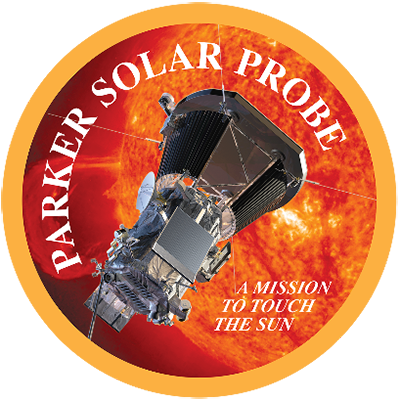 The Parker Solar Probe is flying straight through the wispy edges of the sun’s corona, or outer solar atmosphere. It will eventually get within 6 million kilometres of the sun's surface, staying comfortably cool despite the extreme heat and radiation, but allowing scientists to explore the sun in a way never before possible. From Earth, it is 150 million kilometres to the sun, and the Parker probe will eventually be within 4 percent of that distance - seven times closer than any previous spacecraft!

On November 5th, the Parker probe went through its first close encounter with the sun’s corona and remained in excellent condition, enduring extreme temperatures and radiation as it passed within 24 million kilometres of the sun’s visible surface at a record 343,000 kilometres per hour. The Parker probe sent a brief “status beacon” to flight controllers at Johns Hopkins University’s Applied Physics Laboratory indicating it was in good shape and collecting data as planned on November 7th.

Protected by a revolutionary new carbon heat shield and other high-tech wonders, the Parker probe is expected to make 24 close approaches to the sun on a seven-year, $1.5 billion undertaking. By the time the probe gets to its 22nd orbit of the sun, it will be even deeper into the corona and traveling at a record-breaking 690,000 kilometers per hour. Nothing from Earth has ever hit that kind of speed!

Better understanding the sun's life-giving and sometimes violent nature can ultimately help with better protection of satellites and astronauts in orbit, and power grids on the ground. With this mission, scientists hope to unlock some of the many mysteries of the sun, such as “Why is the corona hundreds of times hotter than the surface of the sun, and why is the sun's atmosphere continually expanding and accelerating?” (As astrophysicist Eugene Parker accurately predicted in 1958).

NASA used a 23-story Delta IV Heavy rocket, plus a third stage, to get the ‘small’ Parker probe — the size of a small car and well under a ton — racing toward the sun. NASA needed to make the spacecraft small, compact and light enough to travel at incredible speeds, while surviving the sun's punishing environment and the extreme change in temperature when the spacecraft was out near Venus, where temperatures are around –270°C. The probe's heat shield serves as an umbrella, shading the science instruments during the close, critical solar junctures. Sensors on the spacecraft will make certain the heat shield faces the sun at the right times.

The Parker probe has also been fitted with an eight-foot Thermal Protection Shield of ‘TPS’ that will be exposed to temperatures of up to 2,500oF when the probe flirts with the hottest star in our solar system in late 2024. The instruments that will gather the data on the outermost layer of the sun's atmosphere will need to be maintained at 85oF inside the probe.

This mission has been in the works since 1958; however, recent advances in materials science finally delivered a material to fashion a TPS, which is 2 .4 metres in diameter, in front of the spacecraft - not only to withstand the extreme heat of the sun, but to remain cool on the backside. To achieve these performance requirements, the shield was built of a very lightweight structure which uses a 4.5-inch thick carbon composite foam material (almost 97%  air) between two carbon fibre face sheets. The heat shield was then sprayed with a white ceramic paint specially designed to reflect the sun's energy. The TPS was designed by the Johns Hopkins Applied Physics Laboratory, and was built at Carbon-Carbon Advanced Technologies.

Other components on the spacecraft are made from sheets of Titanium-Zirconium-Molybdenum, an alloy of molybdenum, with a melting point of about 2,349oC. More challenges presented themselves in the form of the electronic wiring – where most cables would melt from exposure to heat radiation at such close proximity to the sun. To solve this problem, the team grew sapphire crystal tubes to suspend the wiring made from niobium.

So again… another great example of once-only-dreamed-about scientific and industrial advances which have been made possible by rather special materials and material science! 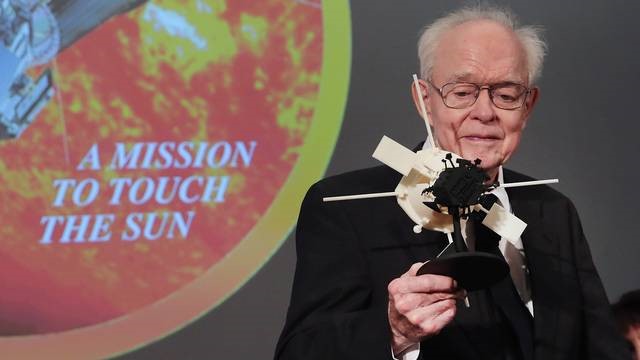 P.S. NASA’s Parker Solar Probe will be the first NASA spacecraft to be named after a living person. The probe is named after pioneering solar physicist 91-year-old Dr. Eugene Parker, who first theorized the existence of the solar wind. He proposed the existence of solar wind — a steady, supersonic stream of particles blasting off the sun — 60 years ago.